“If you live in Montana, you might have seen John Dendy playing guitar in a cafe, or club, or bar. A big tall guy with an upright bass or guitar, playing songs that are a little bit out of the ordinary.” Clay Scott (Montana Public Radio)

Tom Catmull is a word enthusiast, for lack of a better term. They are the larger part of what makes his world go round. He’s spent the last twenty five years in his adopted hometown of Missoula, MT presenting words in ways to make them as alluring as possible to people who crave such things (and “ambushing” those who do not.). The tricks useful to achieving this end include infectious melodies, thoughtful arrangements, story telling, some finger picking and a clean shirt. 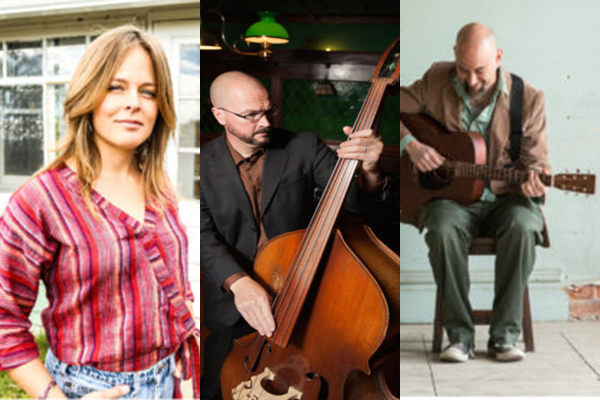