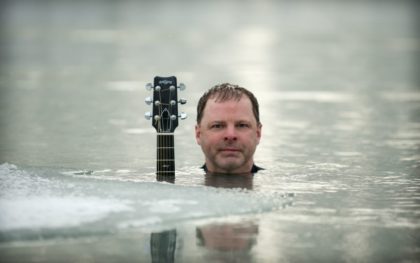 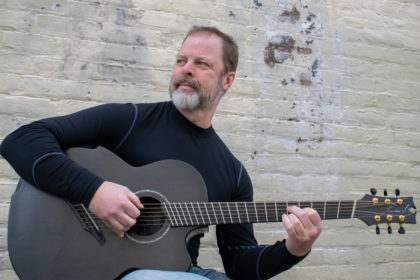 A fine finger-style guitarist with a precise baritone, Van Kirk has a Ph.D. from the University of Alaska. After five years of living in his van and playing music across the US and Canada, he thought that a career in the sciences might be a bit more secure than playing music for a living, especially as a single parent. Eventually, however, he realized that he liked writing songs more than statistical models, and he put aside his computer, picked up his guitar, and set out again.

He’s not your average crying-in-your-coffee singer-songwriter. “We are driven by myth and the seasons of the heart” he says. “Science comes later. We need new stories and new myths for a very complex 21st century so that everyone, absolutely everyone, regardless of creed, color, gender, sexuality or anything else, can listen and look and see themselves on the Hero’s Quest.

Of this charming, Quixotic, and decidedly eclectic performer, the Borderline Folk Club in New York wrote “it is what every singer-songwriter should aspire to.”

“The evening’s act was Kray Van Kirk, whose 12-string guitar and soaring vocals were spellbinding. The Alaskan singer-songwriter, in his Edinburgh debut, was not the reason I arrived early, but was certainly why I stayed late.” 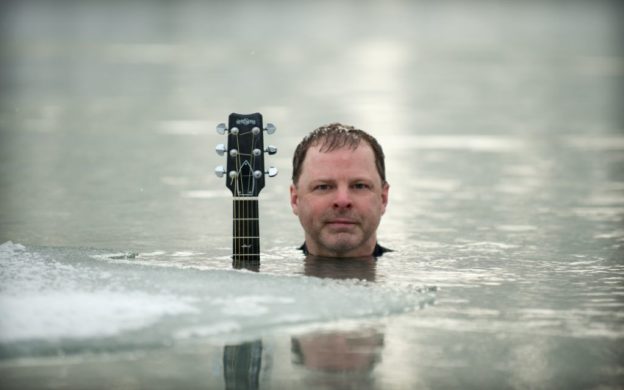