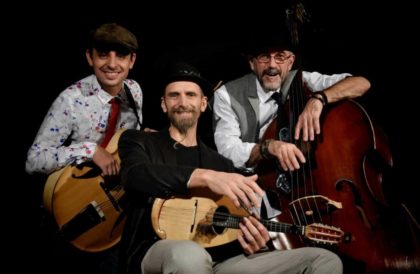 Carlo Aonzo is a worldwide known Italian mandolin performer. His recordings reflect his interests and skills relating to all different aspects of the mandolin repertoire: from the Paganini’s original works for mandolin (“Integrale per Amandorlino e Chitarra Francese”), to the Italian strings virtuosos of the turn of the century (“Serenata” with Beppe Gambetta and “Traversata” with the American Mandolin guru David Grisman).

A native of Savona, Italy, he grew up immersed in music, since his home itself hosted the music school of the “Circolo Mandolinistico G. Verdi”. Graduating with honors from the conservatory in Padua (1993), he has played for several prestigious institutions like the Philharmonic Orchestra of La Scala in Milan (Italy), the Nashville Chamber Orchestra (USA), the McGill Chamber Orchestra in Montreal (Canada), the Philharmonia of San Petersburg (Russia), the Minsk Chamber Soloist (Belarus), Schleswig-Holstein Musik Festival (Germany).

Among his several awards are the first prize at the Concorso Internazionale “Pitzianti” in Venice (1993) including the “Vivaldi” special mention, and first prize at the Walnut Valley National Mandolin Contest in Winfield Kansas (1997).

He teaches seminars and workshops worldwide; since 2000 he has been leading the annual Manhattan Mandolin Workshop in New York (since 2017 in Milwaukee) and in 2006 he founded the International Italian Mandolin Accademia that he is still successfully directing and constantly expanding with new activities and camps (www.accademiamandolino.com).

In 2001 with his “Orchestra a Pizzico Ligure” he performed in Vatican city for the Pope Johannes Paul II. He later formed the plucked string instrument International Accademia’s Orchestra with which he toured USA for the releasing of the album “Mandolin Images” in 2011.

In 2016 with the Carlo Aonzo Trio he released the album “A Mandolin Journey” on the international mandolin repertoire. With the baroque Ensemble “Il Falcone”, he recorded the complete Vivaldi’s 4 Seasons concertos for the first time ever performed on the mandolin.

For Mel Bay he has published the concert video “Carlo Aonzo: Classical Mandolin Virtuoso” and the book & cd collection “Northern Italian & Ticino Region Folk Songs for Mandolin”; while for Hal Leonard he has released the “Bach Two-Parts Inventions” and the “Classical Mandolin Solos”.

As a researcher, he has been working on the history of his instrument and collaborated with the New Grove Dictionary of Music and Musicians. Furthermore he has given presentations on the iconography of the mandolin, in renowned institutions, including Dartmouth College, St. John’s University in New York, Boston University, New England Conservatory, Wisconsin Conservatory of Music, Vanderbilt College of Nashville, Vancouver Italian Cultural Centre, Berio Library in Genoa and National Instrument Museum in Rome.

He often appears in national Radio and TV programs and in December 2018 he performed at Carnegie Hall in New York. 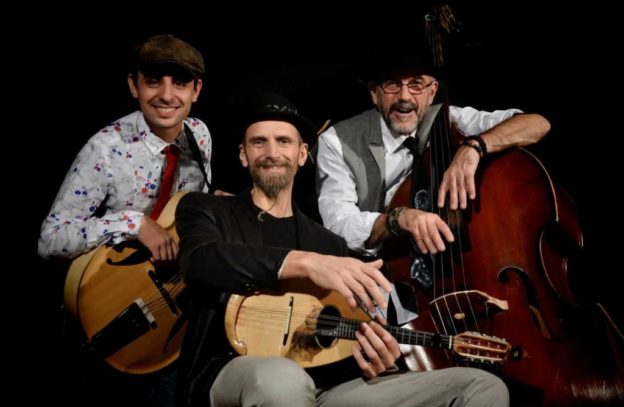